2nd Planet, discovered in the year 2000, is a diverse music experience specializing in the styles of contemporary jazz, rock, r&b and funk. The San Francisco Bay area based band consist of 4 musicians who will utilize their creative gifts to electrify music listeners with their original brand of music as displayed in the band’s first CD release “Beyond the Surface” and their second release titled “The Next Level”. 2nd Planet can be found performing in San Francisco Bay area concert venues and also had performed as co-head liner for internationally recognized artists such as guitarist Paul Jackson Jr of American Idol and Jay Leno’s Tonight Show, bass guitar extraordinaire Michael Manring and latin jazz artist Ray Obiedo. 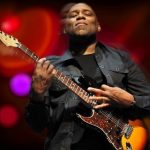 Clarence’s past accomplishments include a CD release titled “The Upside Down Xperience” featuring the smooth jazz title “Ocean Breeze” which was aired on Sacramento California radio stations.

You can hear Clarence’s compositions on 2ND PLANET’S debut release, “Beyond the Surface & and the band’s current release “The Next Level”, which is available on itunes at secondplanetband.com

Darrell has been playing professionally for more than 20 years and had played at a number of popular venues in the South and Central Texas area as well as overseas. Darrell was the resident piano player at the Tower of Americas in San Antonio Texas as well as several of the major hotels and restaurants in central Texas. Darrell had also performed with opening acts for artist such as Tom Brown, Roy Ayers, The Sax Pack, Kirk Whalum, Pieces of a Dream, Joe McBride, Steve Cole and Mindi Abair among others as well as having the privilege of touring in Southeast Asia with The Second Nature Band out of San Antonio Texas for the US military. 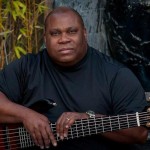 Bay Area bassist/vocalist George Franklin brings many years of performing and recording experience to the band. As leader of the jazz group GTF, George, along with his wife Tracy Franklin, wrote and produced a CD project entitled “Always” and “Cross Paths”, which features a blend of contemporary jazz and R&B. World renowned and Grammy award winning keyboardist Bob James is a guest artist on the project. 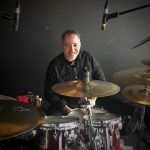 Mark began his musical and drum development at Richmond High School, under the tutelage of Jay Lehmann and then, Drake McCarthy.

Mark received additional instruction on the finer aspects of drumming from Dave Bartlett, ad former member of Tower of Power.

Mark was also able to have an instruction from the now legendary Steve Smith, drummer for Journey and began his gigging life with, the Tommy Crank Band.

In the coming years, Mark played in, performed and recorded with a, a plethora of bands and artists throughout the Bay Area, which included becoming the co-founder and original drummer of Primus with, Les Claypool!

Mark also was involved in pit orchestra for Contra Costa College’s Performing Arts Theater in such productions of: ‘Ain’t Misbehavin’, Joseph and the Amazing Technicolor Dreamcoat, Guys and Dolls, Westside Story, Jesus Christ Superstar, The Wizard of Oz, The Wiz and The Tempest. Mark has also performed in the orchestras for ‘A Winter’s Tale’ and ‘Grease.’

A choice number of bands that Mark has been a member of, performed and recovered with throughout the years are: Shock Exchange, Sugar Cane, Desire, Factor 3, Pure, Lotus Rush, Majestic Soul, Resin 7, Te’ar’e O Te’au, Revelation, Delta Brew, OPO, ODA and had also worked as a studio drummer and had recorded for various artists as well as drummer/vocalist for Crosswinds Church and resurrection AME Church music ministries.

Mark recorded an album as the producer/composer/co-composer/arranger with his acoustic duo brother, Alex Jimenez, on their Jimenez/Edgar Acoustik Projekt.